There could be no finer title track for a jazz recording than iconic Canadian songstress Joni Mitchell’s ode to hipness, “Be Cool”. The evocative lyric, engaging melody and delicious chord structure make “Be Cool” a perfect blend of artistry and musicianship. The same can be said of Carol McCartney’s most recent release, “Be Cool”.

“This new recording project is a little more contemporary than my last CD, but it is still classic jazz. We recorded it at CBC’s Studio 211, and once we got in there, the tracks went down quickly and seamlessly. It was a blast! The band played beautifully!” 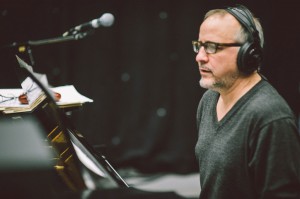 The majority of the material on BE COOL has been arranged by the uber-talented pianist Brian Dickinson, including title track, “Be Cool”, as well as “I’m Old Fashioned”, “For Heaven’s Sake”, “West Coast Blues”, “Almost Twelve”, and “More Than You Know”. Arrangements by the iconic saxophonist, composer, arranger (and Member of the Order of Canada) Rick Wilkins are “Tulip or Turnip”, “Ev’rything I’ve Got (Belongs to You) and “Solitary Moon”. Other contributing arrangers include Paul Keller (“Just You, Just Me”), Brian Wray (“S’Wonderful”) and Carol McCartney, who arranged the deeply emotional and meaningful jazz standard, “Yesterdays”. 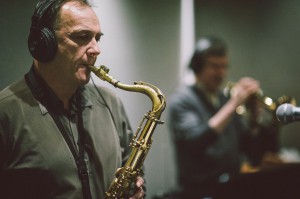 Highlights of BE COOL include the Joni-Mitchell composed title track, sung with an infallible sense of swing – Carol’s pitch-perfectly intoned vocal line is framed by funky horn lines, a cooking rhythm section and a stunning tenor solo by Chris Robinson. This track is a jazz gem in every sense of the word. 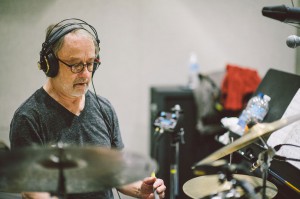 The one and only, Terry Clarke on drums

Jerome Kern and Johnny Mercer’s 1942 hit “I’m Old-Fashioned” (written for the film “You Were Never Lovelier), kicks off with an elegant Terry Clarke drum/vocal intro, and is subsequently joined by the full-throttle ensemble and a driving bass solo from Kieran Overs. Every note that Carol sings on this tune is flawless. Ironically, this track is the complete anti-thesis of “old fashioned”! 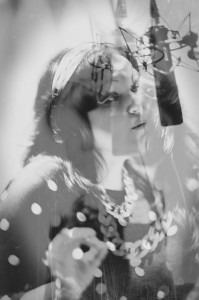 The elegant and rarely-performed “For Heaven’s Sake” (Elise Bretton, Sherman Edwards and Donald Meyer) features the sumptuous, cello-like voice of Carol McCartney…reminiscent (but not derivative) of the late, great Irene Kral. Brian Dickinson’s breathtaking piano accompaniment is moving and inspired. 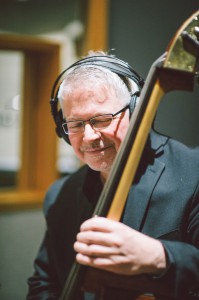 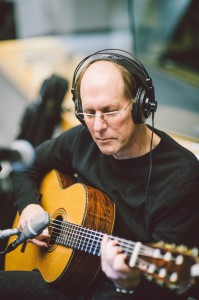 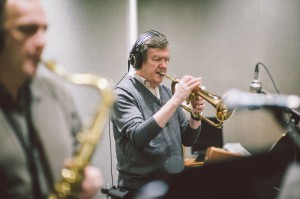 The classic standard “Just You, Just Me” (written in 1929 by Jesse Greer and Raymond Klages) is performed on the recording with joy and energy; an especially delightful, lush, Latin-influenced arrangement of the Gershwin’s 1927 composition, “S’Wonderful” and “Yesterdays” (Jerome Kern – 1933), replete with an innovative up-tempo, contemporary arrangement by Carol McCartney that is both creative and refreshing. Carol truly shines on the stunning closing track, “More Than You Know” (a Broadway hit written in 1929 by Vincent Youmans, Billy Rose and Edward Eliscu). She performs this tune with a maturity and skill that wrings every last nuance out of this much-loved American standard. The symbiosis between pianist Brian Dickinson and vocalist Carol McCartney is a template of masterful skill. 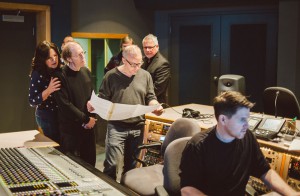 The wonderful Dennis Patterson at work

Carol has said about her new recording, “I think that BE COOL was, in fact, a very cool project – and of course how could it not be when Brian Dickinson, Lorne Lofsky, Kieran Overs, Terry Clarke, Chris Robinson, Mike Malone and engineer Dennis Patterson are all there with me creating it! The arrangements, which were predominantly divided between Brian Dickinson and Rick Wilkins, brilliantly blend cool classic jazz with a fresh contemporary style and perspective. Our motto was ‘play a tune three times maximum, move on and have fun at all times.’ More Than You Know is a first take. We recorded the entire CD over Christmas during some very stormy days, and it was cold…but we had a blast!” 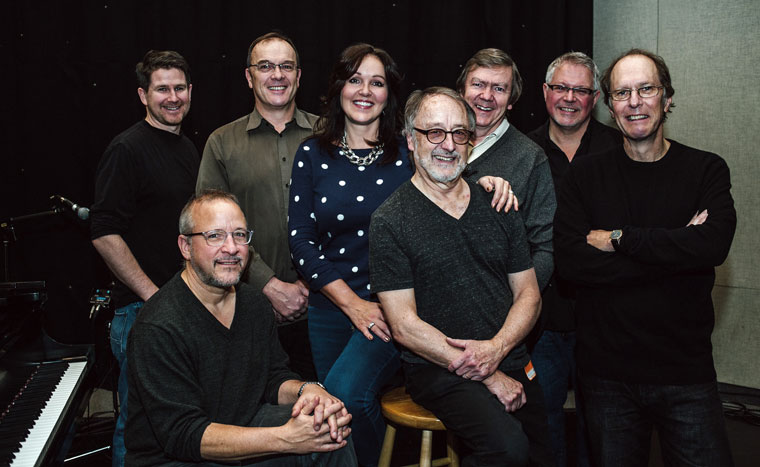 No shows booked at the moment.